I felt happy , I did not expect that my home will become habitable again”. 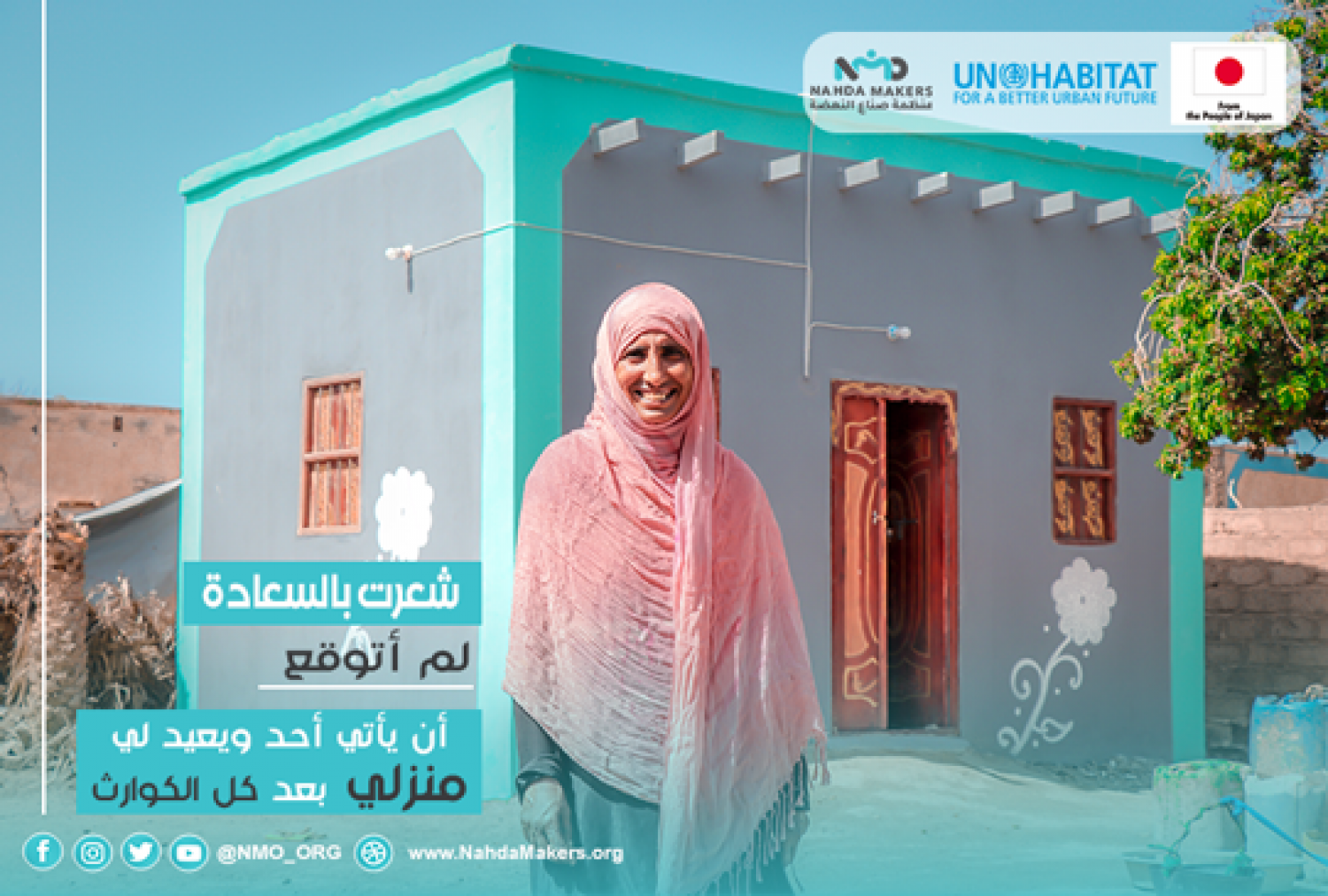 The conflict has started in 2015 and left a major impact on people, of Al Hudaydah is one of the areas that were severely affected by the conflict, some houses have been destroyed, which led people of Al Hudaydah to move to safer places, far away from their relatives and beloved ones, they always hope and dream to return to their homes as soon as possible, some of them decided to return back home, unfortunately, their houses were destroyed.

Qataba village is one of the affected villages, and it's located in Al-khokha district in Al-Hudaydah, As the people of the village became affected by the conflict, their houses were destroyed and they do not have shelters.

As the Nahda Makers organization conducted a visit to the Qattaba.

Maryam, a single lady who fled with her family due to the conflict 2015.

Mariam is a caregiver for her family and her nephew. She struggled enough in her life. The main income was from working as a street vendor, selling perfumes and clothes.

Maryam talks about her pre-intervention situation, "I was in my home when the conflict started in the village. Despite the intensity of the conflict in the region, we never thought about fleeing because we do not have money. But one day everything changed. My sister was in the yard of the house and suddenly, we heard a loud explosion from the yard. There is a mortar shell that landed in the yard. Unfortunately, my sister passed away, and our house was damaged. So, Maryam took her family and fled to the nearby village until the conflict subsided in their home town. “When we returned home it was damaged and no habitable! Moreover, my mother passed two months later.” Maryam said. With the intervention of Nahda Makers, she became alive again and more satisfied: “After a short period, a team from Nahda came and assess the damages caused by the conflict. Indeed, two months later, they rebuild my home’s damages. I felt happy since all the difficult periods which I have been through. I did not expect that my home will become habitable again”.

Since the Housing rehabilitation for conflict affected households project within Qataba Village Al Khawkha District Al Hudaydah and with funding from Japanese government and support from UNHABITAT. NMO has built Rooms, Latrines and rehabilitated affected houses that the conflict caused, they have built 4 Rooms and 10 latrines, they have also rehabilitated 30 houses, 16 latrines and installed solar energy system within the range of the project. 30 households have gotten benefits of the project. 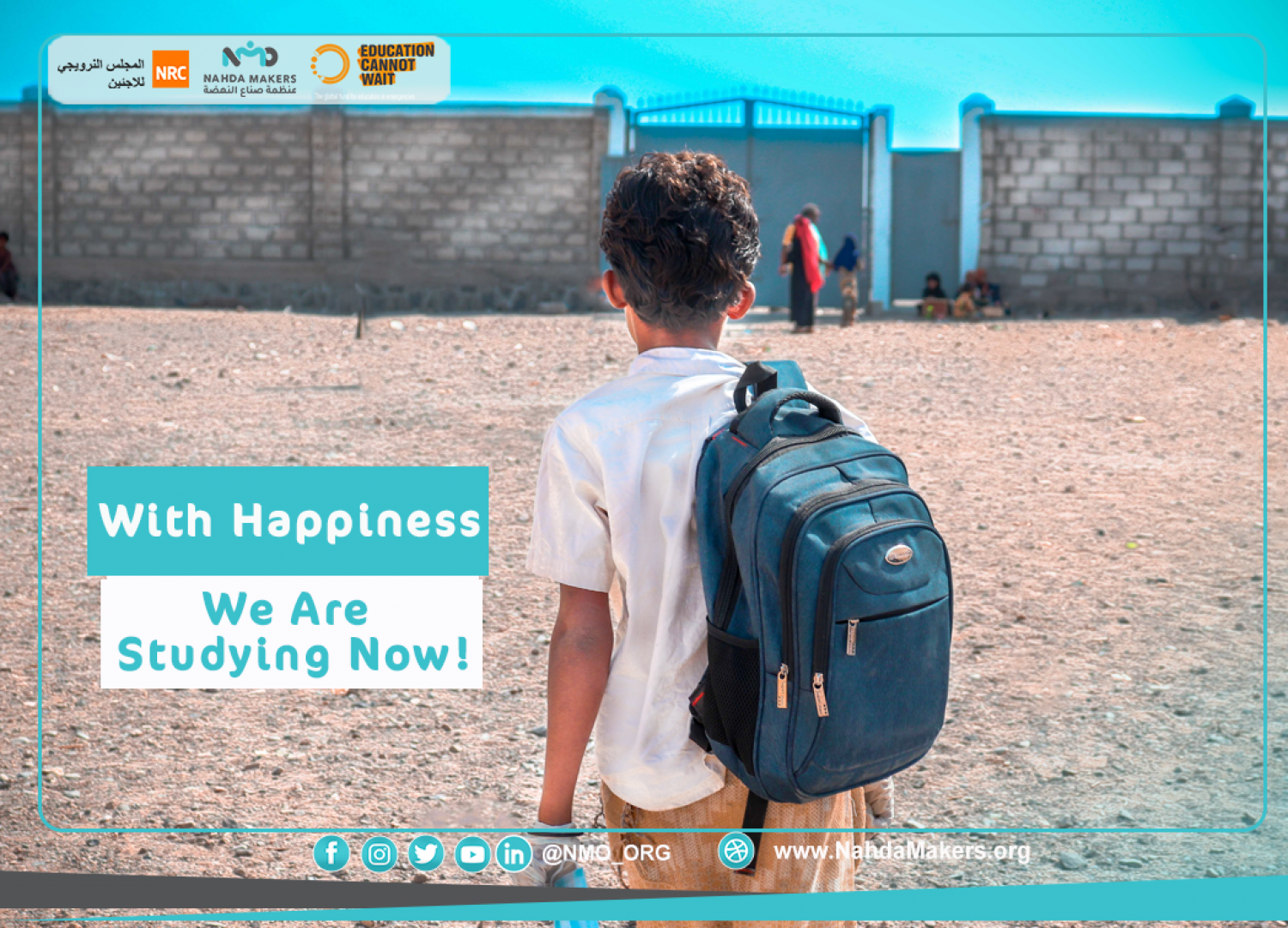 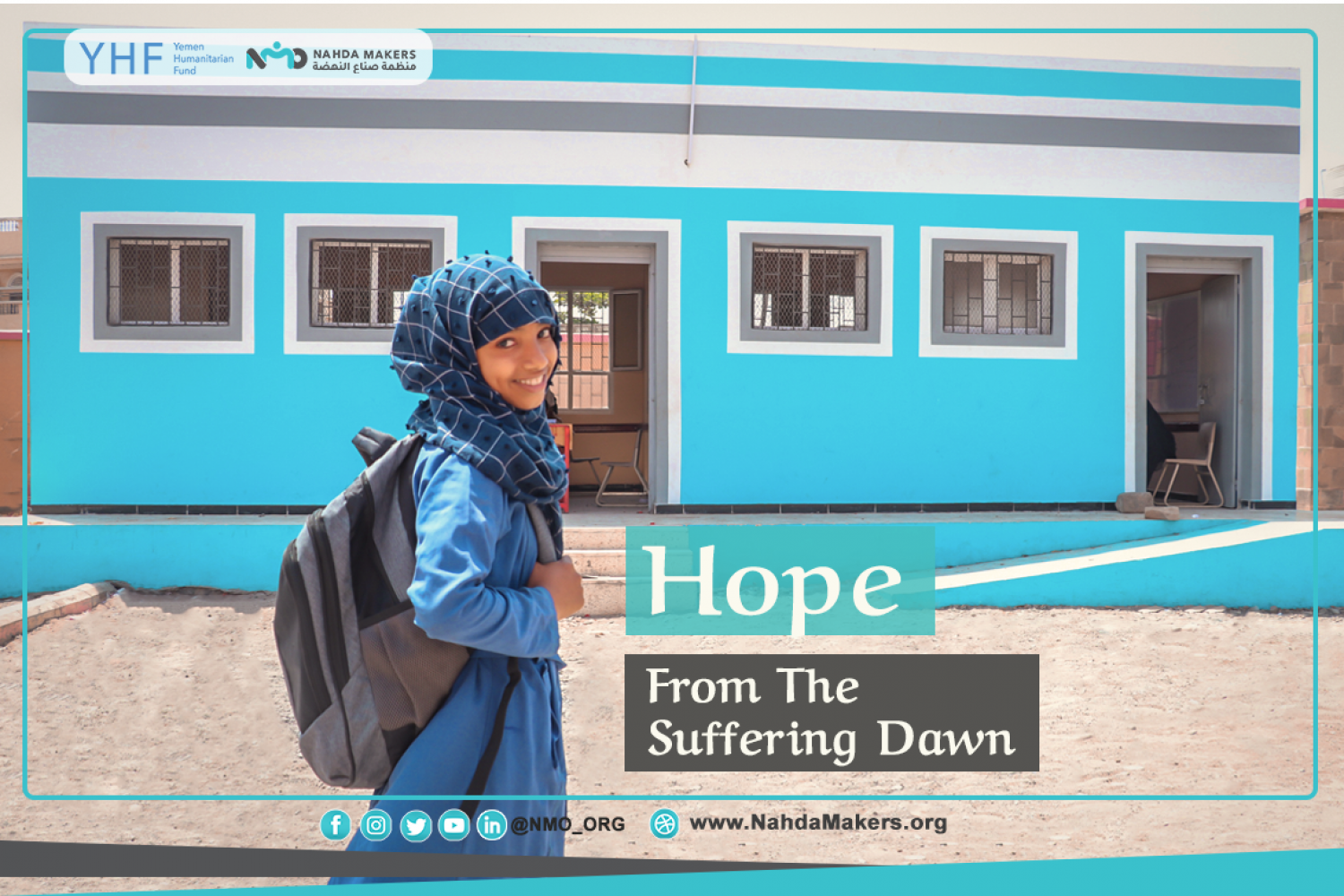